Built in 1929 by the freemasons of Attleboro, the Ezekiel Bates A.F. & A.M. Lodge is a beautiful example of Greek Revival architecture and is still in regular use to this day. Located at 71 N. Main St., the building boasts tall and graceful ionic columns and a simple triangular pediment, both hallmarks of the Greek Revival style in America. The larger windows on the first floor reduce in size as they ascend the front of the building, drawing the eye upward—a classic signifier of art deco architecture borrowing from federal style.

The freemasons in Attleboro are active in the community, helping in a local soup kitchen and running dinners for the locals. They also host regular events. Masonic Con 201, back in April, featured local community groups and masonic vendors as well as talks about freemasonry. Coming up, they’ll be hosting the Creature Double Feature Roundup 4 on Saturday, September 23, 2017. From 11-5 they will be celebrating the classic TV56 television show with guests, exhibitors, panels, mystery lock-ins, live music, and a special performance of the Rocky Horror Picture Show by the RKO Army. 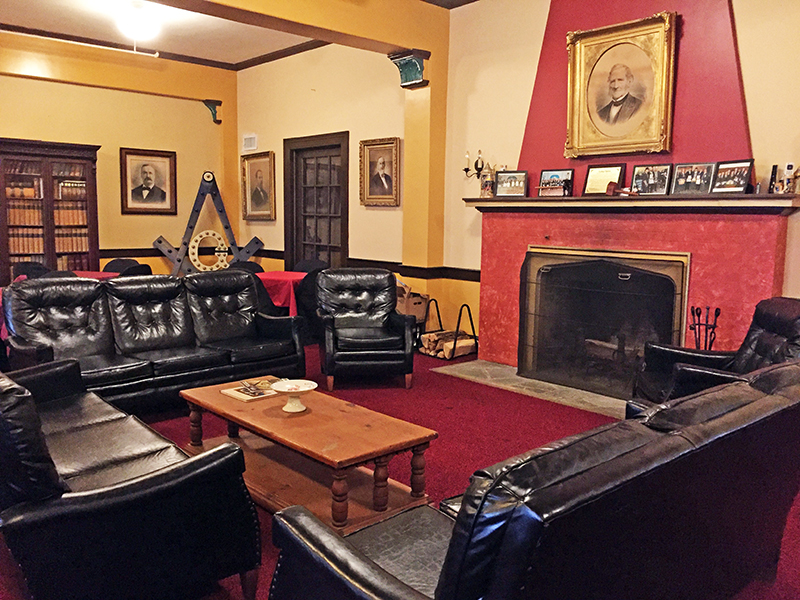 Downstairs in the Lodge, the masons host the Attleboro Community Theater. This group is an award winning theatrical troupe and they perform many shows every year. They are worth checking out at attleborocommunitytheatre.com and in person at one of their shows.

I haven’t even gotten to the man himself, Ezekiel Bates. While you look him up, take a look at their website. It’s full of interesting information and events on freemasonry and talks that are given in the lodge. The men, their building, and their programs are an amazing resource here in Attleboro.

From 10am-6pm on October 28 during our festival, vendors will be coming from all over New England to the Ezekiel Bates Lodge to sell their wares to the local steampunkers and the citizens of Attleboro. Two floors of vendors not only cater to the steampunk movement, but also—because it is Halloween weekend, after all—to a general nerdy/literary/cosplayer crowd. We will have more blog posts highlighting our vendors, so keep an eye here for more updates.

Our welcome table will also be inside the front entrance to the Lodge for you to get oriented, buy the official festival merchandise, start the alternate reality game (more on this later) and to start your Attleboro steampunk adventure!